This year, Passover falls on April 3-11. For those unaware, Passover is a celebration of the night the Israelites were freed from slavery in Egypt. That night, according to the Bible, they ate a meal that included unleavened bread, roasted lamb and bitter herbs. Since then, Jewish people around the world have held traditional meals on the first two nights of Passover. I’ve put together this collection of table décor ideas, menus and other helpful tips to assist you in planning your Passover celebration.

There is a deep symbolism associated with many of the ceremonial foods on the Passover table. For example, the k’arah, or ceremonial plate, is the centerpiece of the seder table and holds ritual foods. You can create one large k’arah or several smaller ones, depending on the size of your celebration and your preference.

As well as displaying the main seder plate, many people include an assortment of the symbolic foods of Passover into individual place settings. Carafes of wine can act as place card holders. This way, guests will have everything in reach, and be ready during the reading of the Haggadah, keeping the passing of the seder plate (and the risk of spilling at the table) minimal. 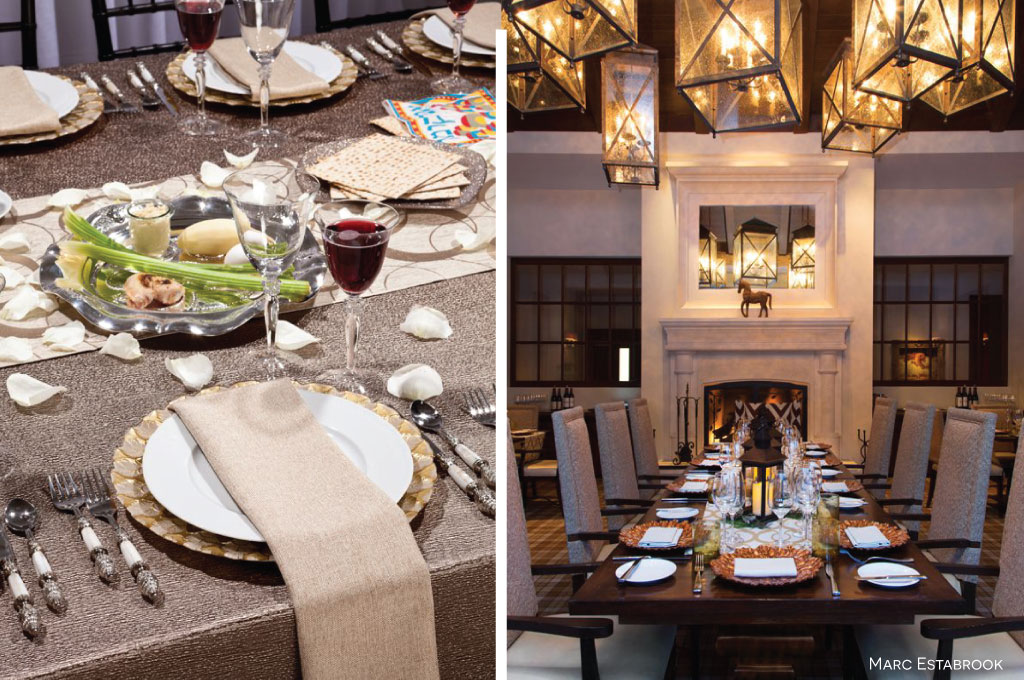 A bitter-tasting herb, eaten to commemorating the bitterness of life in slavery. Sometimes used in the Hillel sandwich.

A roasted shank bone, honoring both ancient sacrifice and the mark made with lamb’s blood on doorways of the Jewish slaves.

A green herb or vegetable, frequently parsley, dipped in salt water, signifying the tears of the slaves.

During the seder, small sandwiches made of matzo and charoset are served. This is known as a Hillel sandwich, named after the rabbi who began the custom. Charoset is usually an assortment of sliced apples, nuts, wine and cinnamon, symbolizing the mortar that the Israelites used to build the pyramids, and the sweetness of freedom.

An egg customarily represents grief and restoration. It is hard-boiled or roasted to exemplify how slavery strengthened the Jews. 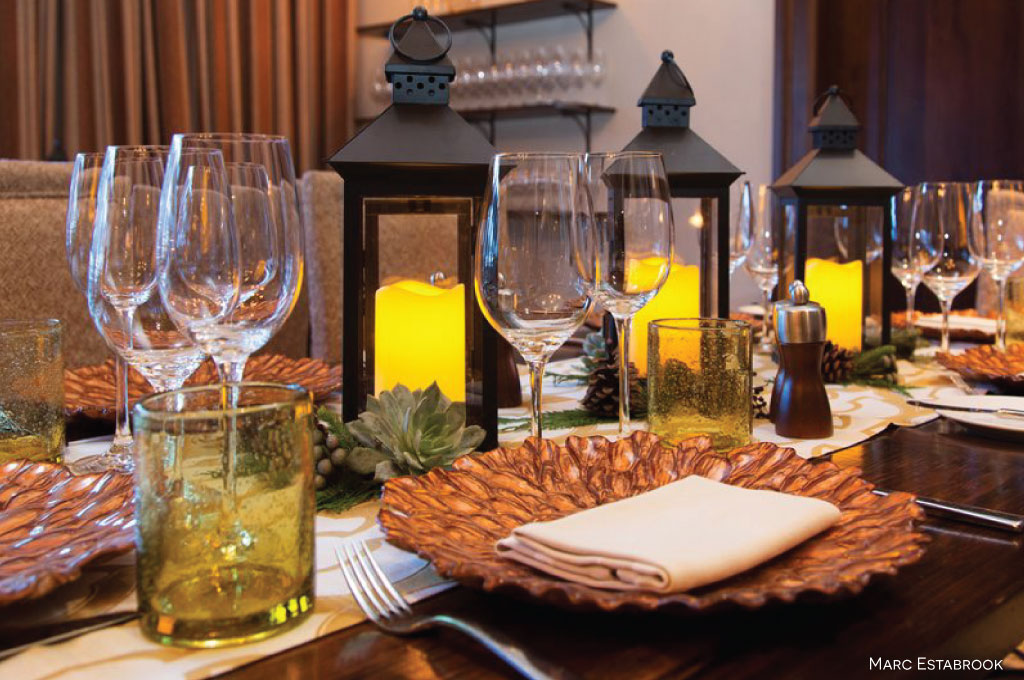 If you plan to ask guests to read from the Haggadah, consider incorporating the book of prayers and stories into every setting. You can cover each book attractive paper and a layer of blue vellum and silk cord bundled with each napkin. These books can also serve as place cards. You can choose colors to match your table linen, chargers and napkins. For a stylish and coordinated Passover table, I suggest our Gold Dora chargers, Elizabeth Napkin Buckles, and our White Alexis table linen topped with our Federal Honeycomb table runner.

However you celebrate Passover, we wish you a very happy one!